WORLD WAR ONE MEDALS FOR COLLECTORS

Here you will find WW1 sets of medals and singles, although there may be other groups elsewhere on our page as well, especially of the recipient had gallantry awards.

DIED AS A PRISONER OF THE TURKS

James, from Russell in the Bay of Islands, was taken Prisoner of War with his officer Lt Allsop on 3 August 1916 during the Sinai Campaign. They failed to return and a note was later found on 8 August by Lt Allsop that he had just left the area as a prisoner of the Turks.

As one of just a handful of NZ WW1 POW's this medal set is historic and of importance to NZ. He is commemorated in the Church at Russell. The medal trio has an MID emblem affixed however we can find no record of him being entitled to this oakleaf - which has been present for a very long time.

The treatment of POW's by the Turks was especially brutal and James died of sickness as a POW 26 February 1917 at Ankora, Turkey

Far rarer than a Gallipoli casualty or even a Middle East casualty and the only NZ Middle East POW set I have ever seen for sale.

Settled in NZ and served in the 2nd NZEF during WW2 as a Major. Was the Commander of the Tongan Defence Force 1941-42. Entitled to un-named WW2 medals.

Born 1890. Enlisted at Bury St Edmonds in Sept 1914 and was a lander at Gallipoli 25 April 1915 - very likely with the Lancashire Fusiliers (6 VCs before breakfast during the landings). He was present at Beach W, the actions on 24 June and 4 July near Kritha and Gully Ravine. He was also present at Suvla Bay Landings where he was killed in action 26 August 1915.

The day before his death he was recommended for a mention in despatches and was described by his comrades as a "brave, fearless fellow". He is buried at Hill 10 Cemetery. His photo appears in De Ruvigny's Roll.

A Merchant Navy WW1 pair to a casualty

Both medals named Thomas Russell . Thomas Russell was a Greaser on "Justicia" killed 19 July 1918. Merhant Navy Medals just have the name and no other details however he is the only casualty without middle names.

On 19th July 1918 Justicia, defensively armed, 32,234 grt, built 1917, was torpedoed and damaged by German submarine UB 64, 20 miles WxN¾N from Skerryvore and taken under tow. Her voyage had been from Liverpool to New York in ballast.

Correctly impressed . Clasp is later slip on type . Served China and got the medal with HMS Goliath. WW1 Service on Cyclops. I haven’t verified clasp entitlement . Also got LSGC in 1914.... Rare to RN and a very scarce medal, only awarded to naval personnel who served at Antwerp up to 23 Nov 14 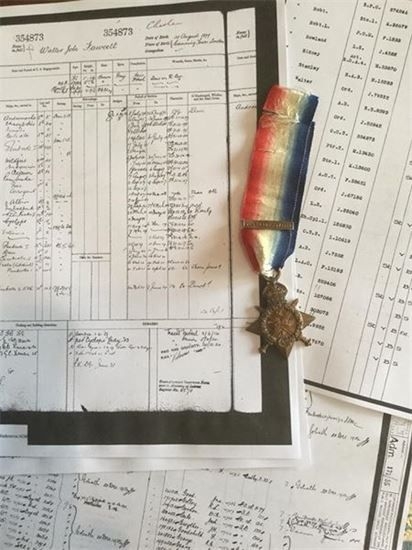 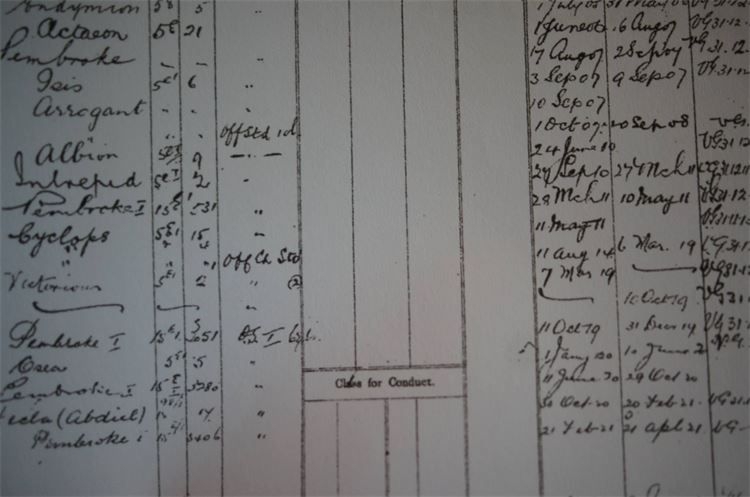 A VICTORY MEDAL TO A 1914 CASUALTY OFFICER MENTIONED IN DESPATCHES

A very interesting Victory Medal to 2 LIEUT T A KNOTT. The medal is missing its suspension ring and the fixing. This can be repaired.

Thomas Albert Knott was born in 1879. He enlisted in the Manchester Regt in 1901 and served as an instructor until he transferred to the 1st Royal Berkshire Regt in 1906.

They embarked for WW1 on 13 August and served at Mons. By this stage he was a C Q M S. In the advance on Mons he saved the Batns transport column and for this was promoted to 2nd Lt. At Gheluvelt on 8 November 1914 he was the only officer left standing.

On 13 November 1914 having brought in and repositioned machine guns under heavy fire he was hit whilst entering his observation position. He was seriously wounded in the thigh and died 2 weeks later. His NCO won the DCM and had Knott lived he would have also been decorated. He did received a Mention in Despatches posthumously.

A splendid medal to a fighting officer. This medal was purchased in England recently at an antique store in the Cotswalds.